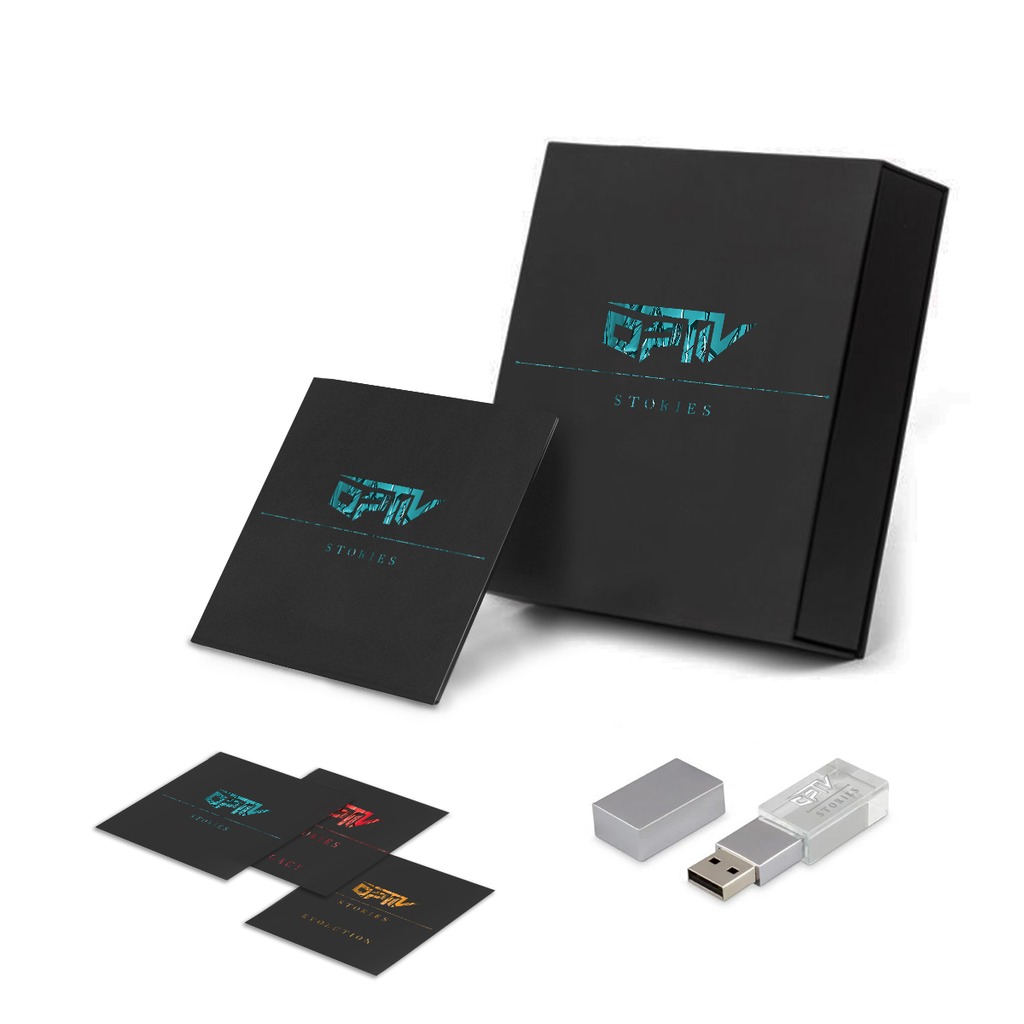 The first part 'Origins' is available immediately to download when purchasing the full USB Boxset.

Drum and bass authority Cause4Concern Recordings may well have two decades of history, but its newest release is without a doubt its most significant to date: Optiv Stories is a whopping 40-track feat bringing together many of the genre's most respected acts to celebrate the life of the label's late co-founder, Edward "Optiv" Holmes. A veritable trailblazer credited with inspiring the likes of Noisia, Break and Mefjus early in their careers, the C4C and Red-Light Records boss was latterly responsible for taking a new generation of techstep and neurofunk innovators under his wing, and this compilation couldn't be a more fitting tribute to the full scope of his hugely impactful career.

Kept under wraps for nearly three years, Optiv Stories has been lovingly curated by Cause4Concern co-owner CZA since Edd's passing in early 2020. Featuring never-before-heard tracks from scores of household names, it reflects an outpouring of support from the D&B community and serves as a real testament to his far-reaching influence on the scene. Split into three distinct chapters and sonic pockets that mirror his trajectory as a DJ and producer, the album tracks Edd's 'Origins', with early contemporaries and key sources of inspiration like dBridge, Dom & Roland and Ed Rush all getting involved; his 'Evolution', as embodied by past collaborators like Black Sun Empire, Current Value and Audio; and his 'Legacy', with artists he's signed over the years including Zombie Cats, Agressor Bunx and Tobax each paying homage through the medium of song.

Prior to its digital release, eager fans will first be able to get their hands on Optiv Stories in the form of a limited-edition box set. This special collectors' item will include an engraved crystal USB stick containing lossless audio files as well as a 30-page physical booklet packed with rare photos of Edd and heartfelt messages (or, rather, Optiv Stories) from the artists featured on the album. The compilation is available to pre-order from 11 August, with all proceeds going towards giving Edd's young sons, Leo and Oscar, the best start in life.

To create a new account, simply fill out the fields below.

If you are already registered for other Databeats stores, you can use the same login to access this store.

To reset your password, please enter your registered email address.

We have updated the terms for your databeats login on Cause4Concern

Please choose below if you would like to receive marketing related electronic communications from Cause4Concern, including news, events, updates, and promotional emails. You may withdraw your consent and unsubscribe from such emails at any time.

Notify me when available